Welding has been an ancient activity. It traces its roots to the historical ages. However, it’s still evolving in modern times. Welding is the act of joining two or more parts of metal using high heat and allowing them to cool down, creating a joint or fusion. A single person did not invent welding; instead, different people’s cumulative efforts resulted in modern-day welding technology. We find the earliest evidence of welding in the Bronze Age and Iron Age. For example, we have seen gold boxes joined using pressure welding. Moreover, some evidence also suggests that Ancient Egyptians knew about welding.

The history of welding technology is fascinating. The subject dates back to about 2000 years. Welding during the Middle Ages was very elementary; it involved hammering two pieces of metal under high heat until they joined.

However, the industrial revolution during the 18th century paved the path for inventing welding technologies to meet the demand of the industries. Although, it was not before the 19th century that the modern form of welding appeared. A series of inventions and discoveries led to modern-day welding.

How Did Modern Welding Technology Emerge?

There is no single person who can take the sole credit for the invention of welding. Nevertheless, modern-day welding wouldn’t have been possible without the inventors in the 19th century.

Here is the timeline for the evolution of welding technology through the centuries:

Welding In The Ancient Times

The first records of gold brazing in 60 A.D. in the Roman Empire, written down by the Roman author Pliny, described the process. Here, they used salt as a flux. As a result, it was often difficult to determine the color of the metal. For example, the iron pillar built in India and other structures made in Rome and England between 300-400 A.D. is great for understanding this technology.

From 500-1000 A.D. We find many manuscripts that describe the early welding process. The first time wrought iron was converted to steel was during the Chinese Sui Dynasty. Also, the Japanese made samurai swords during this period. Similarly, a monk known as Theophilus wrote a script in 1000 A. D describing the welding process. Through the 14th-century, this technology saw some more improvements.

Welding In The 19th Century

Around the same time, Nikolai N. Benardos, with his colleagues, invented the electrode holder. Meanwhile, in 1890, C. L Coffin, an American engineer, patented the metal-electrode arc welding method. On the other hand, Russian scientist N.G. Slavianoff used the same to cast metals in molds.

Welding In The 20th Century 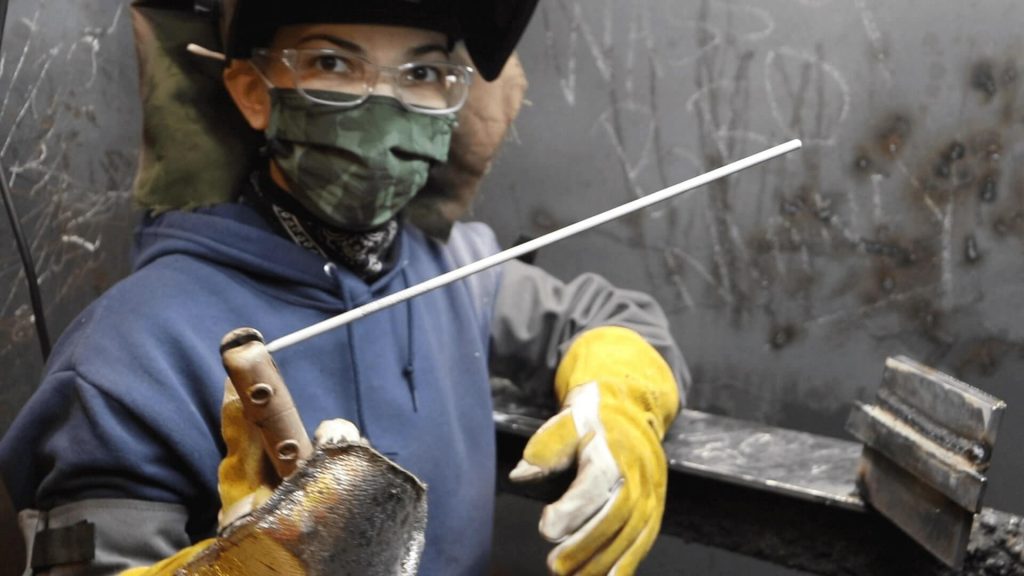 Strohmenger introduced coated metal electrodes in 1900. In this technique, a coating of lime stabilized the arc further. During this period, we see many new welding processes such as projection welding, spot welding, seam welding, and flash butt welding. Moreover, stick electrodes became a widespread tool for welding around this time.

After the end of the first world war, Comfort Avery Adams established the American Welding Society. The motive of establishing the society was to encourage innovative development of the welding processes. The method of combining arc voltage with bare electrode wires and automated welding was initially utilized by the automobile industry. The A.O. Smith Company developed the heavily coated roads in 1927, and the extruded rods were also designed and sold to the general masses in 1929.

In 1941, Meredith improved the modernized form of welding for welding magnesium and aluminum. This process came to be known as Heliarc welding. The Battelle Memorial Institute developed the GTAW or Gas shielded metal arc, an essential milestone in history.

Lyubavskii and Novoshilov popularized the CO2 welding process in 1953. It was economical and quickly became a choice of welders welding for welding steels. A short while later, after developing small-sized electrode wires, welding thin materials became easy and convenient.

This decade saw the development of technologies like Dual shield welding, Inner shield, and Electroslag welding. Gage invented Plasma arc welding at this time, used for spraying the metal. The French developed electron beam welding, which is still used in the United States by aircraft industries. 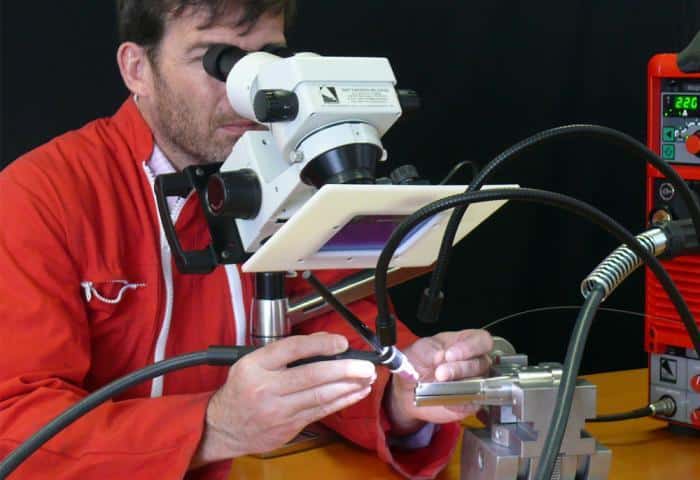 Starting in the 1990s with the introduction of friction stir welding, the precision and technique of Modern-day welding now have efficient welding technologies such as Gas Metal Arc Welding-Brazing, laser technology, and the latest robotics welding. All operations are computer-based and done with precision and accuracy.

Job opportunities and Career in Trade Skills | Trade schools in Philadelphia | Vocational School in Philadelphia | Welding Technician program
« The Differences Between Welding, Brazing And Soldering In Welding Training Impact Of Covid-19 On The Healthcare Industry »