What role have Manufacturing, electronics, and robotics played in the evolution of mankind?

The advent of technology has impacted our lives beyond imagination. The beginning of the 19th Century marks the revolution of the widespread adoption of industrial processes. Slowly, the inventions seemed to be on an exponential rise for manufacturing programs As time progressed, the invention of cars to powered flights, from minute calculating devices to supercomputers, from miniature refrigeration systems to centralized cooling structures. From the invention of the light bulb and electricity to power backup generation facilities; human has contributed to this revolutionary advent of technology to simplify his everyday life. These technologies’ impact on our lives and manufacturing programs is humongous; it seems though we have invented and contributed to this massive evolution, we no longer control ourselves. Instead, it is technology that controls us. So let us see the role of manufacturing, electronics, and robotics in the automation industry and how it has impacted our lives.

We are currently at the cusp of a unique technological diversion of massive significance, namely the 5th generation of computing: Artificial Intelligence and toward the robotics revolution. Our conventional minds may visualize robots as rigid, large, resilient machines installed to repeat tasks precisely at an industrial scale. But, our future robots are something far beyond the conventional human imagination. These robots can be better referred to as artificial robotic organisms that have potential mimicking characteristics extending to performing activities far superior to the accuracy and preciseness of an ordinary person. And, if you plan on learning how to work better with robotics then an advanced manufacturing program is what you need. These machine organisms can replace humans in performing humanely complex tasks, from handling and interacting with delicate things, calculating huge figures, analyzing data, and arriving at predictions, with working principles defined and constructed by humans. Yet, the resultant performance far beyond humans’ realizable scale.

The industrial revolution can be mainly attributed to the development of two crucial manufacturing/ mechanical and electrica systemsl. On the other hand, the robotic revolution exploits the fusion of human intelligence, numerous methods of computations, electrical systems, manufacturing industry, mechanical systems, manufacturing training, and metallurgical studies. It is thus the amalgamation of the best available technologies to develop an astonishing range of self-regulating organisms.

The rise of robots

In layman’s terms, a robot can be referred to as a machine that possesses abilities to carry a range of complex actions automatically, mainly backed up and programmable by a computer. Robotic automation has immensely dissolved in multiple areas of manufacturing and you can learn how to handle them and work with them via advanced manufacturing programs. This includes performing robotic welding, assembly, handling raw materials, shipping, and even product packaging. In addition, they are highly leveraged to expand the applicability base to a broader perspective.

Robotic automation thus requires immense human efforts of various backgrounds to put forth their knowledge in engineering, programming, electronics system integration, data analysts, operators, mechanical designers, and manufacturers. But, on the other hand, it offers the industrialists and the manufacturers exponential opportunities to combat cost issues, enhance production, and the Return On Investment to be equal or surpass growth with greater ease.

Certainly not. According to multiple predictions, though 59% of the entire manufacturing industrial activities will be automated in a few decades, 41% of the remaining activities are to be performed by humans. These robots will indeed contribute to the creation of more jobs in robotics and related fields and the industrial sector as well. According to the reports of a Swiss think tank, robots will certainly displace more than 70 million jobs globally. Still, they will also create over 130 million new ones amounting to a net positive approximation of 60 million jobs.

In the electronic sectors, the components that constitute a wide range of devices are much smaller than in the other conventional robotics application, thus assuring the quality and preciseness of higher-end devices. Furthermore, accuracy in the manufacturing of these devices is crucial as the precision of locating, assembling, and placing the parts is critical for the proper functioning of any device. Besides these, the fragility of the components demands gentle handling to avoid micro-cracks or other potential physical damages to the products.

Robotics thus contribute to the production of high output, adaptability, increased yield in the electronics and fabrication industry. 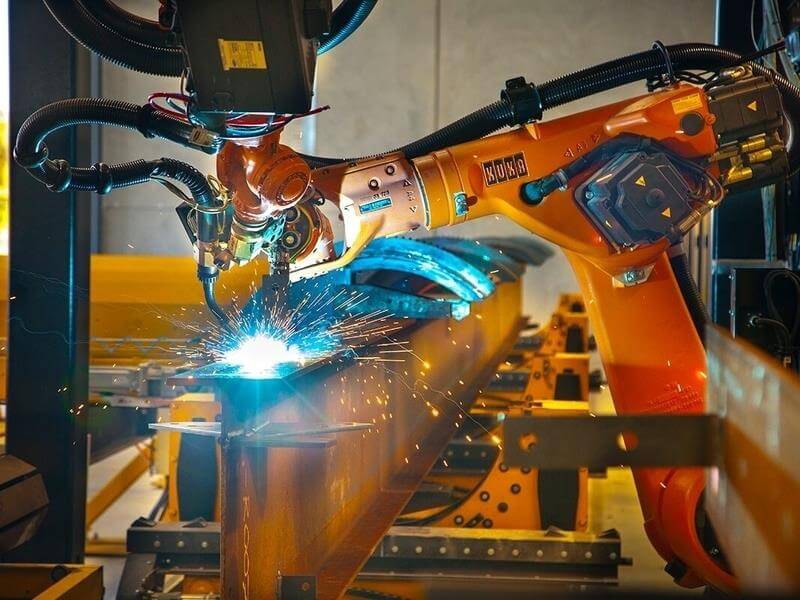 Robotics and the Manufacturing Sector

The word “robot” is derived from the Czech word “Robotnik,” which means “to slave.” In the early 1960s, Factories initially commenced using these machines to handle some of the dangerous and mundane operations that humans didn’t prefer working on. But, the robots emerged more powerful than they were destined to be, taking up unwanted tasks and accomplishing the work with unprecedented accuracy, efficiency, speed, and precision. Presently, they can perform a range of functions that can be classified as Type of movement, Application, Architecture, Brand, Ability to be collaborative according to various criteria.

With the rise in labor costs and higher competition for low-wage overseas, more and more manufacturers are using robot technologies. As a result, 90% of modern robots are found in factories.

Industrial robots in the manufacturing sector boost qualitative performance with predictable action and specific behavior, thereby enabling the production of high-quality products on a colossal scale outperforming their human counterparts.

Though automation in the manufacturing sector might seem like a mammoth investment, it is highly cost-effective with high quality and effective production, leading to an exponential increase in revenue.

The intervention of industrial robots in the conventional process has positively impacted the manufacturing industry on the verge of a glorious revolution. Manufacturing processes are now transforming into a better, efficient, cost-effective, and more intelligent process wherein complex processes are sorted within a matter of seconds.

A slew of job opportunities in manufacturing is on the rise as robotics and manufacturing progress with each other. These jobs are not only more desirable but also pose a safer, pressure-free work environment.

The human generation is progressing at an undigestable phase wherein every tech geek and tech user expects and demands their electronic equipment to perform a multitude of tasks, thereby shaping up a newer field of flexible robotics. Thus, electronics manufacturing is heavy in assembly, designing, manufacturing, and dispensing and extends its applicability in the service sector from packaging and shipping to responding to customer grievances.

With the increase in the demand for mobile computing, the incredible pace of robotics development is inevitable, resulting in falling in prices, faster advances, and the advent of newer technology.

For instance, in the earlier days, Accelerometers cost hundreds of dollars each. All smartphones can currently measure direction, heart rate, acceleration, capture stunning video, fix geographical location, interface with other devices, transmit across several bands of the spectrum, and offer guidance as well — functionality robots thus need to maneuver our world productively.

Automation is also in a progressive stage in industries like automotive, medical, and electronics manufacturing to fulfill higher demands on humanity. With the fall in the prices for tasks fall, small- and mid-sized manufacturers have started to employ robots. Thus, a plausible future wherein robots will be equipped entirely to replace industrial workers is far on the horizon. In the meantime, with the economics favoring a hybrid approach, safety is of primary concern.

The man-machine collaboration will be the need of the hour with enhanced efficiency across the entire manufacturing and industrial sector, with an entirely new horizon of competitiveness, innovation, efficiency, safety, and production. 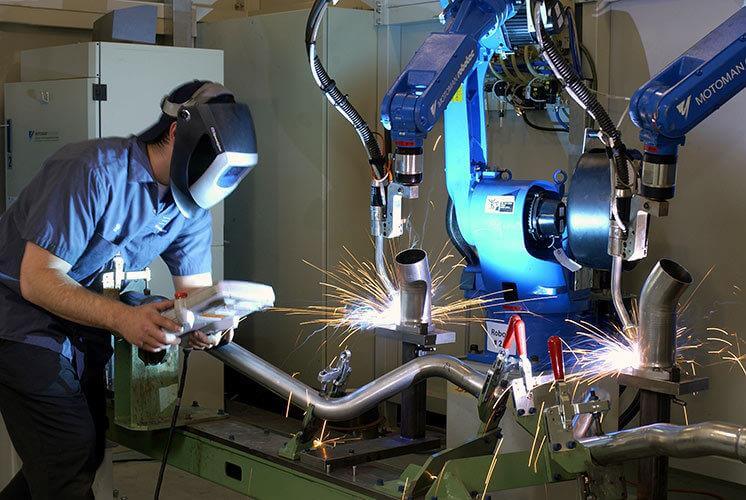 With time progress, the boundaries amongst smart electronic material, biology, mechanical understanding, artificial intelligence, and embodiment are converging. The robotic impact can thus cure us of diseases like cancer or even severely attack the human race with an intensity multifold than nuclear weapons. What a result we can expect!