What skilled trades are least affected by the advent of AI?

A skilled trade, also called vocational trade, is an occupation requiring a specified set of skills and knowledge. For example, welding, central sterile processing, manufacturing and automation, auto repairing, and plumbing are skilled trades. However, they require a specific set of skills to perform them correctly.

Artificial intelligence is defined as intelligence demonstrated by machines and differs from the natural intelligence of humans and animals. Which basically and importantly involves consciousness and emotionality.

Artificial intelligence was made into an academic discipline in 1955 and has experienced several waves since then. The first is optimism, followed by loss of funding, new approaches, success, and renewed funding.

There is no doubt that with the introduction of artificial intelligence, all trades will become more valuable. And the quality they provide to the customers would increase. Work would be done with increased efficiency and quantity.

How would AI function in skilled trades?

Artificial intelligence would provide empirical logic and retrieve data about facts needed for skilled trades to confirm judgment for any provided circumstance.

The other benefit of Artificial intelligence is that its introduction and use would save a precious amount of time.

The fear about introducing and using artificial intelligence in a skilled trade proposes to do work in the same way. Just as an apprentice does for his master or employer in real-life business situations.

Integrating devices and artificial intelligence in skilled trades has made income uncertainty valid for the worker. Since the requirement for more and more experienced and technically advanced workers, who can make data-driven decision-making, is increasing in vocational trades. The use of artificial intelligence that promises all of this is the current and the prospect.

Still, there are skilled trades in demand, where the workforce, the humans, cannot be replaced entirely by artificial intelligence.

There are specific trade characteristics and skills like empathy, creativity, and physical fitness that humans, and only humans, have any command over.

Empathy is a skill or quality that makes humans different and better than artificial intelligence. For example, a central sterile processing technician has a crucial role in cleaning and sterilizing medical equipment. In addition, they assist doctors in the life-saving critical surgeries performed on people.

This intense situation always requires the command in the hands of humans as only they have the quality to empathize. Adapting medical devices to suit the patient’s requirements who may be in pain can only be done by humans. No matter how much-developed robots are, they will never understand or teach the emotional level that humans maintain.

A human mind is the only creative mind that exists and exhibits imagination. Another critical skill that only humans have is ‘adaptability.’ For example, a plumber’s job is to install and repair pipes supplying water to homes and businesses. They also install fixtures like bathtubs, sinks and toilets, dishwashers, and washing machines.

They fix leakages in pipes and drainage systems as well. This job’s specific requirement is adaptability and a creative mind that can listen to the customers’  unique and different problems. Unfortunately, robots can only function in ways that have already been installed; they cannot analyze situations and adapt accordingly, suiting their needs.

While construction workers are adapted to working under a scorchingly hot sun and at high temperatures during the summer season, robots developed using artificial intelligence have certain temperature conditions, An ambient temperature of 29°C. Increasing the temperature or making them work under this increased heat can damage them severely, which is not the case with humans.

Some of the highest paying skilled trade jobs that can give your life a satisfactory touch are welding, central sterile processing, auto repairing, and plumbing. The trade school programs in these skilled trades help you teach the necessary skills. That makes you better suited than the artificially developed robots and machines, to the industrial skilled trades.

Undoubtedly,  there are many benefits and positive aspects of introducing artificial intelligence in skilled trades. However, there is no denying that some high-paying skilled trade jobs cannot do without human-specific skills and qualities (more appropriately without humans).

No robot or machine can fully replace humans in skilled trade jobs. Focus on increasing and sharpening the skills that make you stand different from these machines and there. Would be no looking back then. 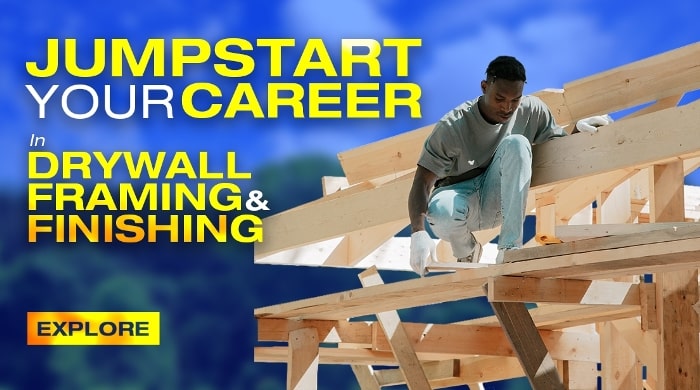